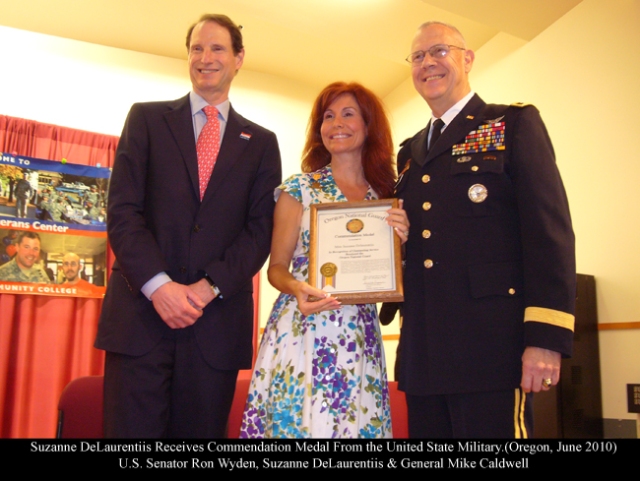 Salem, Ore. — All service members, veterans and their families, as well as media, are invited to attend a Career and Benefits Fair event sponsored by the Oregon National Guard’s Joint Transition Assistance Program, Saturday March 10, at Cascade Hall on the Salem Fairgrounds from 9 a.m. to 1 p.m.

There is also a free concert at the Salem Armory, Friday March 9, with an on-site donation of a non-perishable food item (canned or boxed) to the Marion County Food Bank, or a $5 donation to the food bank. Doors open at 7:00 p.m. and the concert is scheduled to include performances by eight popular performers including the bands “Amerakin Overdose” and “Billy the Kid.”

Suzanne DeLaurentiis, Hollywood producer and president of Suzanne DeLaurentiis Productions, is the guest speaker at both events. She is a previous recipient of the Oregon National Guard Commendation Medal who has supported service members and their families through philanthropy, and by raising awareness of their sacrifices through film and other outlets. 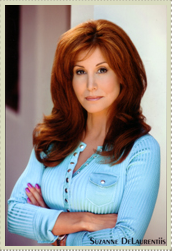 “It has always been my passion to help these brave men and women who have sacrificed so much to keep our country free. It’s important that we take care of them when they come home,” DeLaurentiis said.

Suzanne said she was inspired after she played the film “This is War: Memories of Iraq” at one of her film festivals. The film documents the deployment to the Oregon National Guard’s 2nd Battalion, 162 Infantry Regiment.

“This is an opportunity to thank vets and stock the food shelves,” said concert organizer Shaun Bell who is a former Marine, and owner of 3 Boyz Records. The concert will honor disabled veterans and promote the career and benefits fair the next day. The career and benefits fair will include major employers, local businesses, trade schools, community colleges, universities, benefits information providers, career counseling, internship programs, apprenticeships and more.