Scotts recent charity accomplishments includes Scott along with “Legendary Cubs Pitcher” Milt Pappas raising over $50k to benefit Alicia’s House Food Pantry. This year we’re proud to announce Scott is the recipient of the CHOC Glass Slipper Award (a prestigious award that others like David Beckham, Gwen Stefani among others have received). 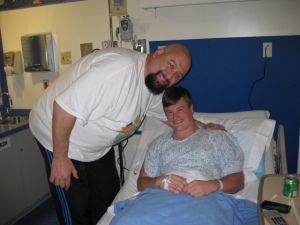 More about CHOC Glass Slipper Award:
CHOC Children’s is for children. It is the only private, not-for-profit hospital in Orange County devoted exclusively to caring for the health and well-being of children. Every year, thousands of infants, children and young adults are cared for at CHOC Children’s, regardless of their family’s ability to pay. In addition, CHOC Children’s houses state-of-the-art research labs aimed at the prevention and treatment of childhood diseases. The demand for CHOC Children’s services continually grows, as does the cost of pediatric care.

The Glass Slipper Guild reaches out to the local community on behalf of CHOC to raise money for the hospital’s greatest needs. Their Guild is made up of approximately 125 women between the ages of 25 and 45 who live in coastal Orange County. They are a dedicated and passionate group of volunteers that have raised more than $2.5 million since 1983. For more information please visit: http://www.chocglassslipperguild.com/about.php

Scott L. Schwartz is widely known as the “Ultimate Bad Guy” from his acting career including: Ocean’s 11, 12 & 13, Starsky & Hutch, Fun With Dick And Jane, Buffy The Vampire Slayer, Star Trek Voyager, and many more feature films. But this year Scott reprises his most cherished role of the “Ultimate nice guy”… Scott L. Schwartz has been visiting children’s hospitals worldwide for the past 12 years after losing his sister to lung cancer in 1998. After that he realized the value and impact in making a lasting impression on these children with cancer and how important it is to make each child feel special and cared about. Scott enjoys visiting the cancer centers and bringing what joy he can into the lives of every child he visits, they are always smiling when he leaves the rooms and usually begging him to return soon. 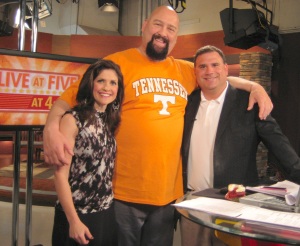 For more information or to view Scott’s most recent interview on WBIR please visit: www.scottlschwartzchildrensfoundation.wordpress.com.

DETAILS:
Celebrity Cupcakes is a non-profit series of charity events that was created and will be hosted by actor/director/humanitarian Scott L. Schwartz (Ocean’s 11, 12, 13, Buffy The Vampire Slayer, Changing Hands, Starsky & Hutch, etc…).

Celebrities are invited to stop in and “name” their favorite cupcake or have the bakery design a custom one for them… Each event will include a variety of bakeries that will create an assortment of cupcakes such as regular, organic and sugar free cupcakes for diabetics.

Current cupcake sponsors include:
Creameez
Two Parts Sugar
Judye Sugar And Spice
Have Your Cake And…