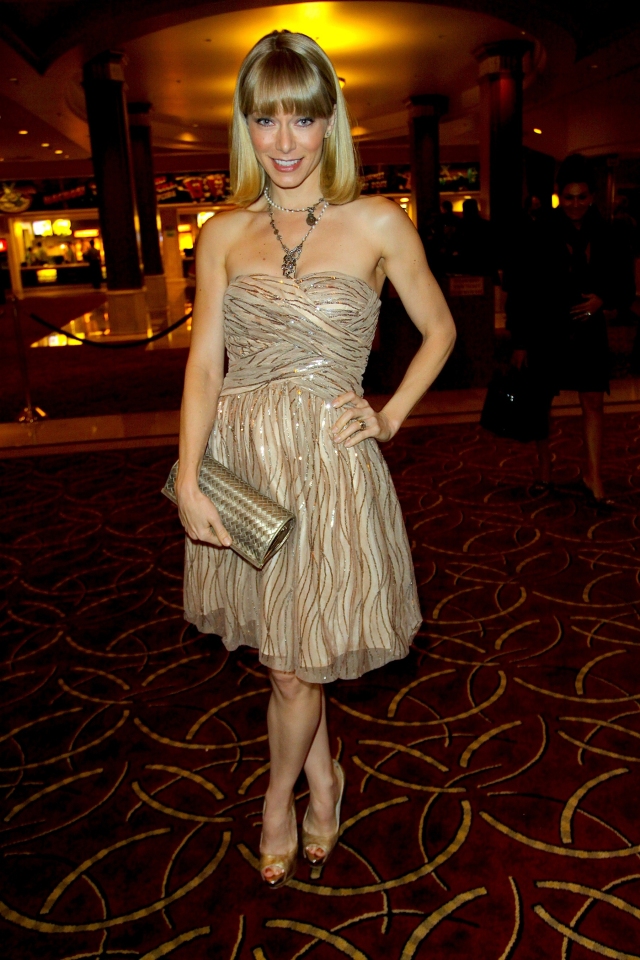 (Los Angeles, CA) Stephanie Drapeau started 2013 with several film leads and a role on the hit show “Castle”. Two thrillers that she stars in that are scheduled for an early 2013 release include the just released “Wedding Day” starring David Koechner (Final Destination 5, The Office) and C. Thomas Howell (The Amazing Spider Man) and soon to be released is “Closure”. 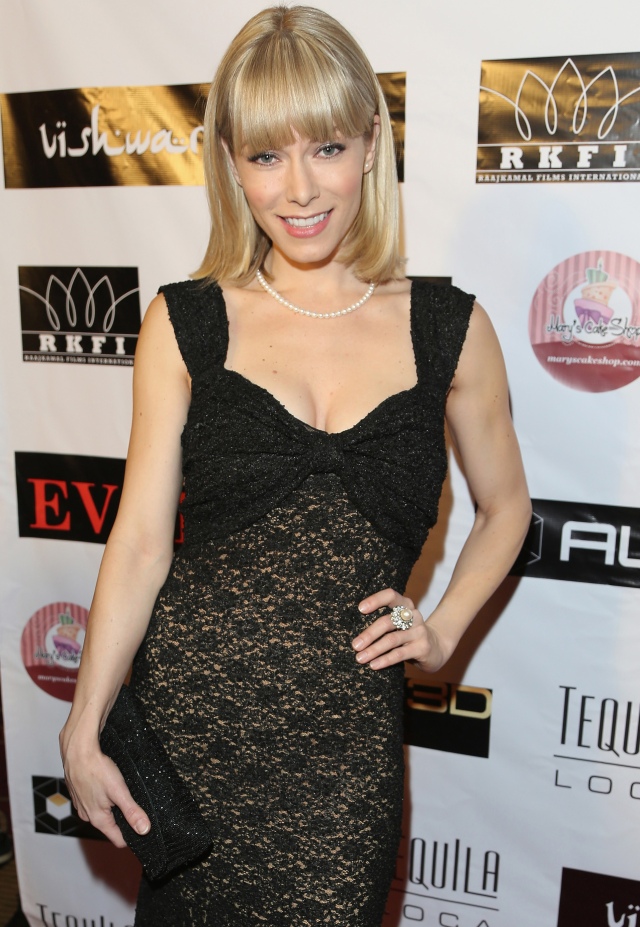 When Stephanie isn’t on the movie set, she is donating her time to helping children in Thailand. Stephanie is the EVP of One World Foundation, currently launching the Baan Unrak Weaving Project created to help the Baan Unrak children’s home to flourish. The mothers and community locals weave a stylish yoga-esque pant called the Suk Pants and 100% of the profits are returned to Baan Unrak. To support this cause, please visit www.oneworld-foundation.org or buy a pair of Suk Pants at www.buconscious.com.

(Hollywood, CA) Multi faceted entertainer and President of 4Horsemen Films, Andre Gordon continues to succeed in 2013 with six features in development, guest appearances on NCIS: LA, Switched At Birth, as well as booking seven commercials in just five months. On January 15, 2013, the thriller that he wrote, directed and acted in, “Wedding Day” is scheduled to release into all major stores including BestBuy, FYE Entertainment, Amazon, Blockbuster, Barnes & Noble, among others…

Andre Gordon has successfully merged his talents from acting to comedian, then writing to directing and producing. He uses every avenue in his spectrum to share his creative vision and has been successfully producing, acting, writing and directing for over a decade. The range in his body of work compliments his unique and creative talents. This multi-faceted actor has worked theatrically in both film and television including: MAD TV, Campus Ladies, Scrubs, Phineas and Ferb and Zoey 101 along with the features “Old School”, “Like Mike”, and “SWAT”. Some of his work includes producing films starring Michael Clarke Duncan, Vinnie Jones and Brian Austin Green, as well as the TV series starring the Legendary Jerry Rice, and had the honor of directing greats such as Morgan Freeman, Ed Begley Jr. and Kathryn Joosten. 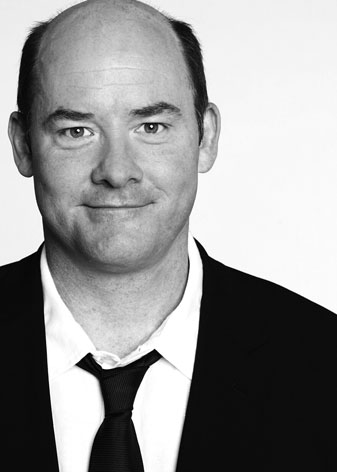 Ricky Schroder (NYPD Blue) and Sean Kanan (The Bold And The Beautiful, The Young And The Restless) will present at “An Evening With NO LIMITS” on Saturday June 2nd at 8pm in the elegant Hollywood home of Jerry and Adi Greenberg. This benefit will include a night of entertainment with celebrity guests, award presentations, live auction and a special presentation by the children of No Limits.

More about No Limits:
The mission of No Limits is to meet the auditory, speech and language needs of deaf children and enhance their confidence through the theatrical arts and individual therapy as well as provide family support and community awareness on the needs and talents of deaf children who are learning to speak.

Vision Statement
No Limits believes in building the self esteem and communication skills of every child with a hearing loss by giving the highest quality of services so they can reach his/her potential regardless of his/her economic status. They strongly believe that parents must be actively involved and educated in this process as they are a key a factor in the success of their child

No Limits for Deaf and Hard of Hearing Children:
www.KidsWithNoLimits.org

Wednesday April 18, 2012, (Los Angeles, CA) 4Horsemen Films’ partners Andre Gordon and Stephanie Drapeau are the producers of the thriller “Wedding Day”, which is scheduled for a limited theatrical release this Saturday at 7pm in the Downtown Independent Theater (251 S. Main St, Los Angeles, CA). Andre Gordon, who also wrote/directed the film, was joined by Dale Fabrigar, co-director, and Everette Wallin, co-writer, to bring the story to life. ”Wedding Day” caught the attention of Hollywood Producer Suzanne DeLaurentiis, who came on as an Executive Producer midway through production. To purchase tickets online please visit: www.downtownindependent.com/events/wedding-day-i-love-you-to-death-double-feature.

Wedding days and wedding day plans are always stressful at best. At worst… they can be downright deadly. This unique suspense thriller braids together three stories tightly wound around one Wedding Day, where the best day of two couples’ lives quickly unravels into their worst nightmare. However within both couples a deadly plot grows. And on that very same day, in the very same venue, both weddings in adjoining ballrooms explode in tragedy. Revenge and redemption drive a pastor, a jealous brother, and a drug-induced friend to wreak havoc upon this celebration of true love. The movie stars C .Thomas Howell (Southland) and David Koechner (Final Destination 5, The Office). It also stars Stephanie Drapeau, Sean Field, Kate Siegel, James Lyons and Andre Gordon. For more information please: visit www.weddingdaymovie.net.

Stephanie Drapeau is a partner of 4Horsemen Films where she currently serves as the Partner/EVP. Stephanie’s most recent film achievements include producing & acting in Wedding Day, starring David Koechner (Final Destination 5, The Office) and Lisa Anne Walter (Bruce Almighty), Wish Wizard, with Academy Award winner Morgan Freeman and Ed Begley Jr. (Pineapple Express) and Sony Pictures’ Cross, starring Academy Award nominee Michael Clarke Duncan (The Green Mile) and Vinny Jones (X-Men). Stephanie is now devoting her attention to the production of Posession, ensuring the success of this film in both the financial and creative realms.

Andre Gordon is the President and CEO of 4Horsemen Films. From acting to writing, directing to producing, Andre uses every avenue in his spectrum to share his creative vision. Andre has been successfully producing, acting, writing and directing for nearly a decade. The range in his body of work speaks to his unique and creative talents. Andre has worked theatrically in both film and television, which includes guest appearances on: NCIS:LA, ABC Family’s Switched At Birth, MAD TV, Campus Ladies, Scrubs, Phineas and Ferb, Zoey 101, among others. Andre has produced and directed films with seasoned actors like Michael Clarke Duncan, Vinnie Jones and Brian Austin Green, The Legendary Jerry Rice, Morgan Freeman and Ed Bagley Jr., among others…