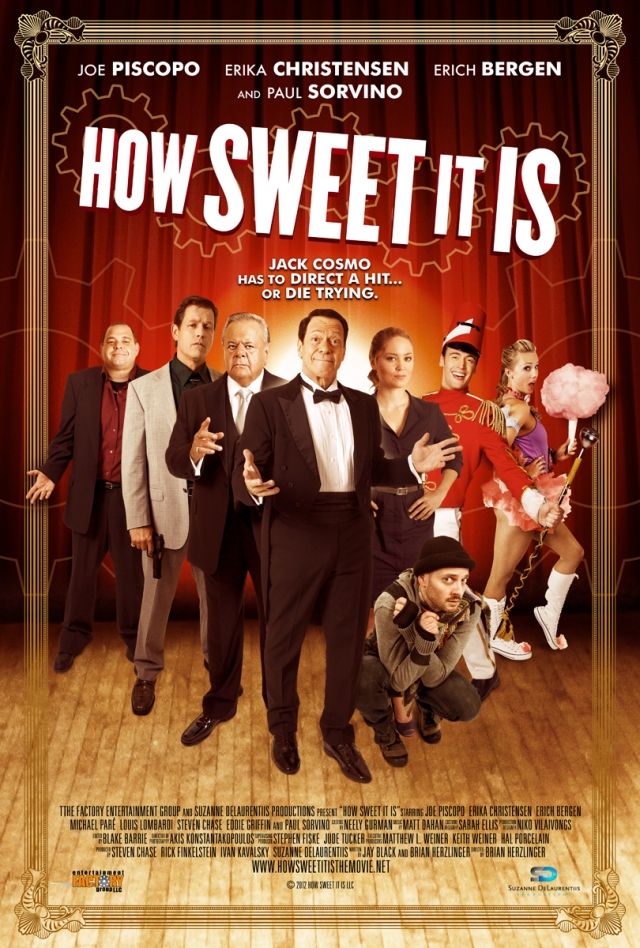 (Pompano Beach, FL) On Saturday October 27 Rick Finkelstein and Steven Chase, Executive Producers at Factory Entertainment Group and Suzanne DeLaurentiis Productions will host the sneak preview screening of “How Sweet It Is” at Muvico Pomano Theater (2315 N. Federal Hwy) in Pompano Beach, FL. This film is a musical comedy starring: Joe Piscopo, Paul Sorvino, Erika Christensen, Steven Chase and Eddie Griffin. “How Sweet It Is” is about an alcoholic theater owner that needs to put together a successful musical in order to pay off his mob debt, but problems arise when the wise guys want to cast the people that owe them money. Cast members expected to attend preview screening: Joe Piscopo, Louis Lombardi, Victoria Summer and Erich Bergen.

More about the film:
This hilarious musical comedy focuses on the life of a down-on-his-luck, alcoholic theater owner named Jack (Joe Piscopo). He is in danger of losing the one thing he cares about most because he is in debt to the mob. However, Jack has one last chance to save his legendary musical theater, and it all hinges on his new musical production called “How Sweet It Is,” which must have a strong opening night. This might not be a problem, except that the mob boss fancies himself a casting director and insists that the cast will consist of deadbeats and criminals that owe him money. Jack doesn’t have a choice but to go along with the plan.

“How Sweet It Is” has an extraordinary original score by Matt Dahan.